(Minghui.org) Paralysis is the loss of ability to move part or all of one’s body. Most paralyzed people have to depend on wheelchairs for the rest of their lives. Paralysis causes tremendous pain not only for the sufferers, but also for their families.

Thanks to Falun Dafa, an ancient spiritual discipline also known as Falun Gong, a number of paralyzed people have been able to walk again and now live renewed lives.

Below are a several such recovery stories.

(Continued from Part I.)

Ms. Liao Pei-ju is a native of Taoyuan City, Taiwan. Right after the 2004 Chinese New Year, she began to feel pain in her fingers and wrists. Within two months, the pain spread to her elbow, shoulder, upper back and knee. She woke up from the pain every morning at around 2 a.m.

Then a PhD student at Purdue University in the U.S., she first sought help at the student health services. Nothing was effective, and she was referred to an off-campus hospital, where she went through many tests and was told that she might be exhibiting symptoms of rheumatoid arthritis. The doctors could not pinpoint a diagnosis, though, and were thus unable to offer targeted treatments.

Ms. Liao researched her symptoms online and learned that rheumatoid arthritis attacks the joints first, and eventually the joints become severely deformed. The illness then attacks the heart and other internal organs. After decades of pain, she would eventually die.

Indeed, Ms. Liao’s condition got worse and gradually she couldn’t walk. Worried about her parents who had to shoulder her huge medical expenses on top of supporting her two younger siblings, Ms. Liao, in desperation, decided to end her life. She was only 25.

After she finished her suicide note, Ms. Liao bought a plane ticket to the Grand Canyon and planned to jump to her death. Before she turned off her computer, she browsed the internet for information on rheumatoid arthritis one last time.

Suddenly, she saw an article in the search results: “Rheumatoid Arthritis Patient Miraculously Healed.” It was a Falun Gong practitioner’s sharing article. Ms. Liao did further research and found that many people with terminal illnesses have been cured by practicing Falun Gong. She saw a glimmer of hope and wanted to give Falun Gong a try.

She found Zhuan Falun, the main book of Falun Gong, on Minghui.org and downloaded the videos of the Falun Gong exercise instruction. The second night after she started to do the exercises, Ms. Liao felt that her whole body was very warm. The next day, the severe bad breath she had when she was sick disappeared. That night she slept well and also had an appetite the next day. She was amazed! This was the hope of her life, and she decided to go back to Taiwan where there are many people practicing Falun Gong.

On the night of April 13, 2004, Ms. Liao arrived in Taiwan in a wheelchair. The next morning, her parents took her to Chang Gung Hospital. She was diagnosed with joint laxity, an incurable disease that requires painkillers and ongoing physical therapy. Those who suffer from this condition also need to wear wrist wraps, elbow pads, knee sleeves, and a back brace for the rest of their lives. They also cannot lift heavy objects or do any heavy work.

After Ms. Liao left the hospital, she told her parents, “I want to practice Falun Gong.” Her father bought her the book Zhuan Falun right away.

Three days later, early in the morning of April 17, Ms. Liao got up at 4:30 a.m. and browsed Minghui.org for a while before she slowly walked to the group exercise site near her home, one small step at a time. By April 28, 2004, Ms. Liao was able to walk normally.

She later became an English teacher at Taiwan Shulin High School, and got married. Many of her relatives and friends witnessed the miracle and started practicing Falun Gong themselves. 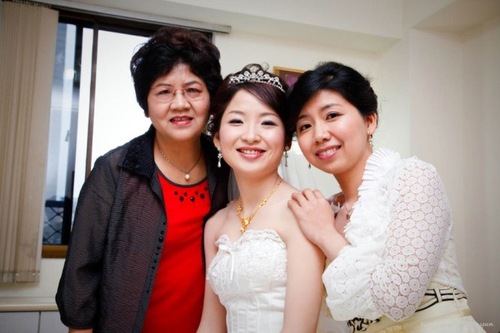 Ms. Nguyen Thi Mai Tuat lives in Hoa Vinh City (Nghe An), Vietnam. She used to be a teacher.

One day at the end of 2014, Ms. Nguyen suddenly couldn’t walk normally. She was diagnosed with acute infectious polyradiculoneuritis, a common and serious nervous system disease. Thanks to timely resuscitation, she avoided a life-threatening condition and was spared total paralysis. However, she had to use a wheelchair. She couldn’t believe that she would not be able to walk for the rest of her life.

Ms. Nguyen tried every possible way to cure her disease, including Western medicine, Chinese medicine, acupuncture, and massage, but to no avail. She couldn’t understand why she had to suffer so much illness and pain and why her life had become so miserable. She couldn’t help but cry almost every day.

As Ms. Nguyen struggled in desperation, her life took a turn for the better. One day, a friend of her husband stopped by and expressed sympathy for her condition. Then he introduced Falun Gong to her. The next day, he came by with several other Falun Gong practitioners. They talked to her about Falun Gong and told her of the miraculous effects of Falun Gong in eliminating illness.

At first, Ms. Nguyen didn’t believe them at all. “This sounds too mysterious,” she said. “If reading a book can cure disease, why do we need hospitals?” Out of courtesy, her husband read Zhuan Falun with the practitioners, and Ms. Nguyen followed along too. Somehow, she gained a sense of hope.

A few days later, Ms. Nguyen wanted to learn the exercises. “Why don’t I give it a try?” she thought. “Without trying, how would I know whether it works or not?” She asked her husband to take her to the group practice site.

A few days later, Ms. Nguyen felt changes in her body, although she couldn’t pinpoint exactly what they were. She just knew that she felt better and that she could sit up in bed easier. Then she asked her husband to help her stand up. He was hesitant, but she insisted. Fearing she would fall, he stood behind her and held her tightly. With her husband’s help, Ms. Nguyen remained standing and finished two sets of Falun Gong exercises. This was something she did not even dare to think about before.

Since then, Ms. Nguyen got better day by day. She was excited and became more confident. Her condition improved significantly in a short period of time. This was beyond her wildest imagination.

Three months later, Ms. Nguyen walked home from the group exercise site as a healthy person. She couldn’t stop crying with joy and happiness. She said, “Falun Dafa has given me a new life and a new body. It’s like a dream. It is amazing! I hope that those who are suffering like I was will have the opportunity to practice Falun Dafa.” 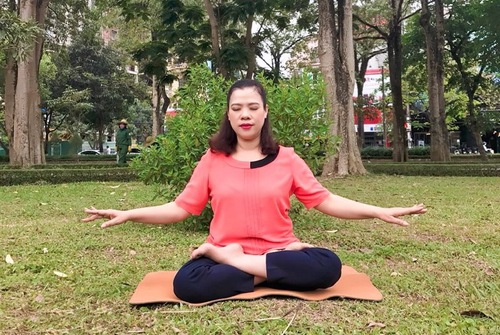